I had the opportunity to chat with James Bickert, independent film director, who brought to the screen his most extravagant hallucinations. In this interview James not only talks about his films. This interview is hallucinogenic trip through the world of American independent film. Drugs, monsters, gore, blood and a lot of dark humor in this delicatessen of american cinema. Good appetite .... 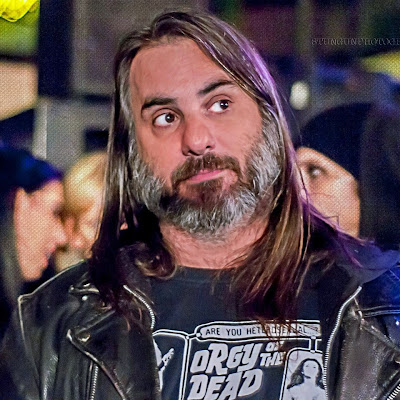 I'm a filmmaker who lives in Atlanta, Georgia in the United States. I write, produce and direct exploitation and horror films.

2 - What are your influences?

Biker, Women in Prison and monsters. I love monster movies.

4 - Do you have a permanent team? Who are they?

5 - Tell us about Mondo Bondo, your first film.

I was hired for that and it was basically a gothic S&M / Bondage film for the sexual fetish crowd. I tried to turn it more into
a film like French director Jean Rollins. I don't think the producers were very happy. 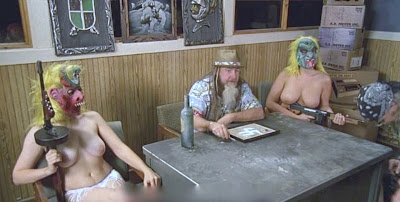 6 - What were your first steps in the world of cinema?

7 - How did your love emerged to gore and low-budget films?

I've loved them ever since I was a kid and my parents would take me to the drive-in. Do you have drive-in movie theatres in Argentina?
They are giant outdoor screens and people park their cars and bring grills to cook hamburgers, sausages and chicken. They would
also bring smokers to make pork barbecue. The theatre would show movies all night and they were usually cheap horror or action car chase movies.
We did that along with other families every weekend. It was cheap and then men could bring their own beer and whiskey. 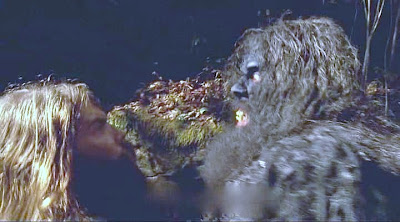 King Kong, Spider Baby, Tombs of the Blind Dead, Faster Pussy Cat Kill Kill, Creature from the Black Lagoon, El Topo, Night of the Hunter,
Night of the Living Dead, Them!, The Candy Snatchers and Humanoids from the Deep.

9 - You write, edit, direct, act, and do special effects. in what field do you feel more comfortable working?

I like it all but I would probably have say Producing. There is something satisfying about putting everything together.

It came from a night of watching old biker films like Werewolves on Wheels, The Wild Angels and the Glory Stompers. Me and some of my crew
ate some psychedelic mushrooms, sat around drinking moonshine and talked about what the perfect 70s biker film might have in it. I woke up and wrote
Dear God No! the next day. Yes, it played in several cities in the United States and Canada. I did all the booking myself and it was a great deal of work.
It played a couple of times in Austrailia, England and the Netherlands. 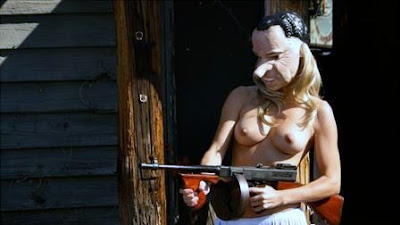 11 - What you can tell us about your latest project "Frankenstein Created Bikers"?

It involves a scientist bringing back a notorious biker gang from the dead to kill his enemies. He get's more than he
bargained for when it alarms a rival gang.

12 - Tell us a anecdote about filming.

There are some places they won't let you film but the location  looks so good you just have to do it. The best way to get away with it is
always have really good food on set so when the police show up you can offer them something before they can ask what you are doing.
I always try to start asking them questions first like, "Are you hungry? Do you want some coffee? Do you want to be in a movie?"
It always seems to work.

13 - How do you organize to collect locations to film? Have you ever had problems with showing gore-softcore- sexual perversions in public?

I'm always taking pictures of places that might work and I spend a couple of weeks searching and making sure it will go smoothly. I haven't had
any problems with public screenings but a woman did slap me for killing a character in a movie.

14 - Is there an independent film movement in the United States? Tell us about it.

There is but it's very disorganized and Hollywood is trying to make films that appeal to our audience.

15 - Movies like "Dumpster Baby" were produced by Troma. What was it like to be supported by one of the great companies of the Z-movies?

I produced that film and it was distributed by Troma. It wasn't a very good experience and I lost all my money. It took 10 years before I could afford
to make another film. 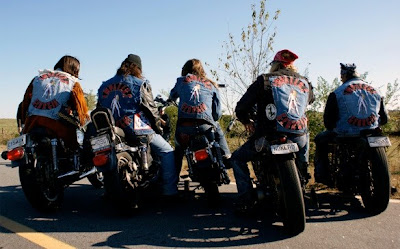 16 - how is the distribution of your movies? Do you send them to festivals?

I self distribute in America and Canada. A sales representative handles other countries. Hopefully Archstone will be able to sell it to Argentina.
We played a few festivals and one some awards in Bogota Colombia, Las Vegas, Raleigh, Tuscon and Indianapolis. I actually prefer screeening at horror
conventions with gore fantaics.

17 - does Internet helps in some way to the distribution independent films?

It helps a great deal with self distribution.

18 - If you submit an opportunity, filmarías something big, with a big budget?

If I had the opportunity, I would for an action or horror film.

19 - How would you define your filmography?

20 - How do you handle the actors? Do you make casting calls??

Yes, some roles we have in mind but others we hold auditions.

21 - "Dear God No" shows many improvements over your previous films, more
artwork, more elaborate shots, and so on. What is he reason for this? 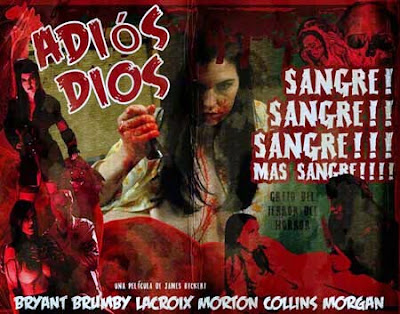 22 - What is a day of shooting with James Bickert? What can't be out of place?

The coffee! That should be in the right place. I shoot very fast because I like to be organized and not waste time.
It's important also to make everyone feel like they are part of a happy family determined to complete the film together as a team.

24 - "Dear God No" is a tribute to the grindhouse films of the 70s. Is it true that was filmed entirely in 16mm? Does the mixture monsters-biker-softcore-gore was well received by the public?

Yes, it was shot on 16mm Fuji film using Arri cameras that were converted to shoot Super 16mm. That gives you more space and the same look as 35mm.
The movie has been well received in Austrailia and people really enjoy it in the United States. Many people don't seem to like it in England where
they are not used to as much blood and never had grindhouses or drive-ins. They just don't understand how a violent sexy film can be fun.

25 - Finally, what advice would you give to someone who wants to start filming?

Don't make any excuses and just do it.

We'd love that you bring your movies to Argentina, there are several film festivals dedicated to gore and exploitation in the country ... We'll be expecting you whenever you want!
Thanks so much for this interview!

Thank you. If someone wants to fly me to Argentina, I will come. I would love to see your beautiful country.